Many of the cultural elements have become synonymous with Mexicanness, such as charrería, mariachi and tequila are from the state of Jalisco. 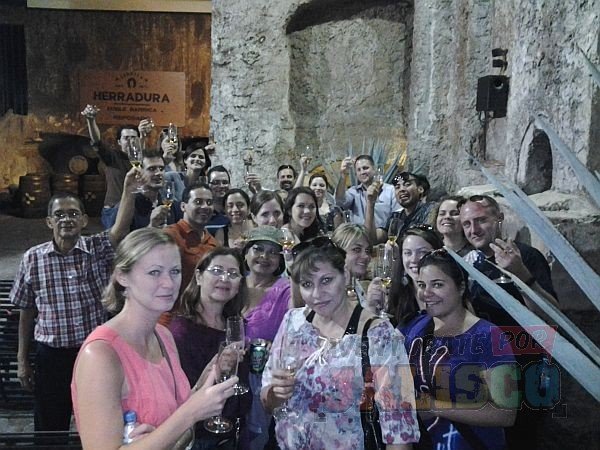 It is a distillate originally from the valleys , which is made from the fermentation and distillation of juice extracted from blue agave. It is the best known and representative drink of Mexico in the world.

Tequila has a controlled designation of origin. Because of its aging, tequila is classified in: Blanco, also known as «plata», the distillation is just finished and it is bottled almost immediately. Reposado, it remains for a minimum period of two months and less than a year in oak or white oak barrels. It is softer than white, has a golden color and its flavor has notes of wood. Aged, it ripens for at least one year in white oak barrels. Its color ranges from a strong golden to a dark amber and its flavor is strongly impregnated by wood. If it has aged for at least three years, it can be considered «extra aged».

The Agave Landscape has been inscribed in the UNESCO in 2006, as one of the first cultural landscapes within the list of sites protected as World Heritage.

Ruta del Tequila
Tequila´s route represents an important part of Mexico’s touristic contribution to universal culture. It was born with the aim of contributing to increase of touristic companies competitivenes and related sectors in the municipalities Arenal, Amatitán, Tequila, Magdalena and Teuchitlán municipalities, later integrating Etzatlán, Ahualulco and San Juanito, «El Tequila» National park coupled with the boom of our drink . The Tequila Route has designed the TT (Tequila – Touristic) Distinctive, which is granted to companies that comply with the «Guide to Good Practices of the Tequila Route». The Guide of Good Practices for a sustainable and quality tourism in the Tequila Route incorporates a wide variety of criteria that are considered indispensable to build a sustainable and quality tourist destination, Aventurate por Jalisco has its TT Distinctive since the 2013.
The Tequila Route has been consolidated by having a great touristic offer with tours every day leaving from Guadalajara.

Among the most popular are:

It was born from the post-conquest era, when the hacendados and their assistants displayed their skill in handling animals. In those times, it was mandatory to wear a shammy or leather dress, which eventually became the typical charro costume.

Currently, it is considered the «national sport» and it is a multicolored party where the riders show all their abilities and perform with the rope, the bull, the horse among others. On the other hand, the women show off in the skirmishes with their typical «adelitas» costume, making equestrian habilities , with an elegant maneuvers on the horse. 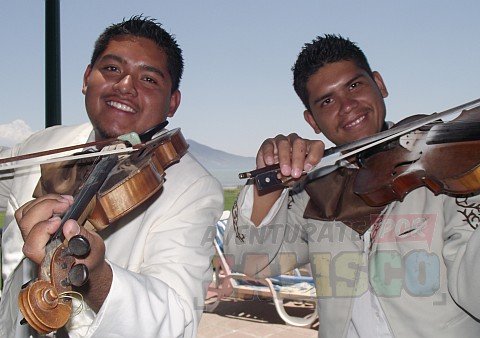 It has become synonymous of party and joy, and it clothes is famous all over the world. their indispensable instruments are: the vihuela, guitar, guitarrón, violins and trumpets. Its members dress in Charro fashion, usually in a black suit with silver applications with traditional hat. Although there is still a great controversy, it seems that this type of musical group originated in the north of the state, in Los Altos de Jalisco.

In fact, Cocula, located in the south of the state, has been considered the cradle of mariachi. One of the myths about the origin of the word «mariachi» comes from the times of the French Invasion (1862), during a wedding French soldiers arrived and their interlocutor answered them «C’est un mariage» (It’s a wedding) and that is how the group was called «marriachi» which led to «mariachi». In Guadalajara, you can heard these groups in folk restaurants, in traditional Plaza del Mariachi and of course in the famous Parían in Tlaquepaque.